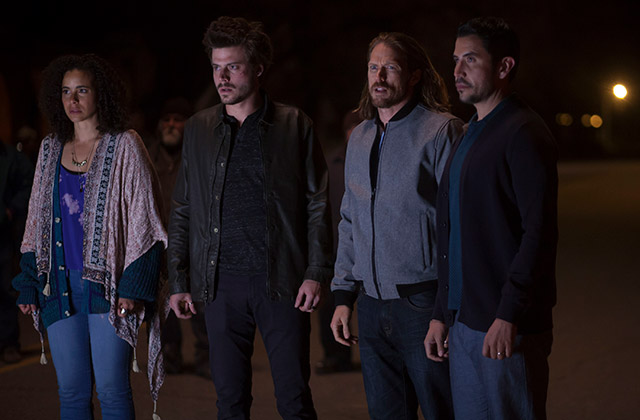 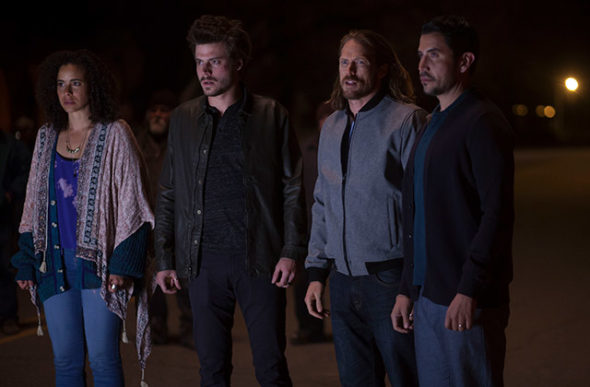 Poor ratings have claimed another victim. It’s been learned that NBC has cancelled their Midnight, Texas TV show. While there won’t be a third season of the supernatural drama on the peacock network, Universal Television is reportedly shopping the series to other outlets.

Based on the book series of the same name, from True Blood author Charlaine Harris, Midnight, Texas stars François Arnaud, Dylan Bruce, Parisa Fitz-Henley, Arielle Kebbel, Jason Lewis, and Peter Mensah. Guest stars in the second season on NBC include Michael Harney, Mindy Sterling, Adam Langdon, Jasmine Cephas Jones, Jaime Murray, and Nick Lee. The supernatural drama unfolds in the remote Texas town of Midnight, a haven for those hiding out from the world. There, only outsiders belong, while normality is just plain weird. The townies come together to form a sort of chosen family. Together they fend off external pressures from nosy police officers, vicious biker gangs, and their own dark pasts.

While Midnight, Texas has some devoted fans, the cancellation hardly comes as a surprise when you look a the ratings. The first season averaged a meager 0.74 rating in the 18-49 demographic with 2.99 million viewers.

Despite the low ratings, NBC renewed the summer series and opted to air the show as part of the regular broadcast season. The network chose to program it on Friday nights, the same evening that NBC once aired their supernatural Grimm series.

The ratings for season two have been much lower and the eight installments have averaged a very low 0.40 demo rating with 2.08 million viewers. Unless Universal is able to find a new home for Midnight, the defacto series finale is set to air on Friday, December 28th.

What do you think? Do you like the Midnight, Texas TV show? Would you watch a third season of this supernatural series?