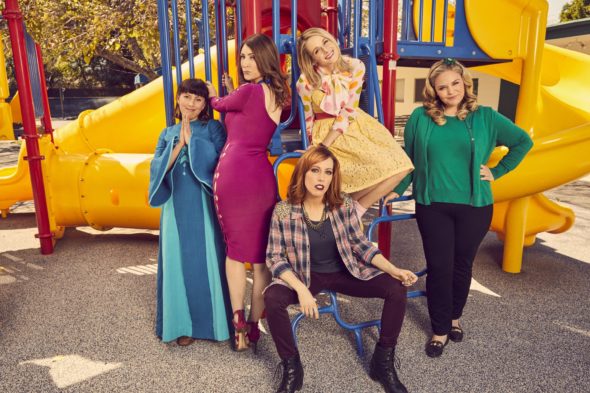 School’s out forever. TV Land has cancelled its Teachers TV show after three seasons. Since there will be no fourth season of the sitcom, once the final chapter wraps up, TV Land will be without original series in its lineup. Parent-company Viacom began switching shows between its cable networks, as part of a larger change that also saw the former Spike TV rebranded as Paramount Network, which is where Younger season six will air.

A TV Land comedy, Teachers is based on a web series of the same name from The Katydids improv group. The show revolves around six elementary school teachers who are trying to mold young minds — but their own lives aren’t really together. Caitlin Barlow, Katy Colloton, Cate Freedman, Kate Lambert, Katie O’Brien, and Kathryn Thomas star. The final run of episodes, Teachers season 3B, premieres on January 15, 2019.

Teachers: A Look at the Ratings

The third season of Teachers is averaging a 0.09 rating in the 18-49 demographic with 368,000 viewers. Compared to season two, that’s down by 27% and 29%, respectively. Learn how Teachers stacks up against other TV Land TV shows

The Teachers TV show cancellation has been confirmed by Deadline. Here’s more:

There had been chatter that TV Land may revert to its original business model of being exclusively a home for classic sitcom reruns. That does not appear to be the case, at least not for now, though there are no originals in the works.

What do you think? Are you a fan of the Teachers TV series? Had it been up to you, would TV Land have cancelled or renewed Teachers for season four?